Windscale AFC was formed in 1950 by a group of workers from the Windscale Nuclear Plant now known as Sellafield.  The pitch they used was adjacent to the site with fixtures arranged against local sides.  Membership of the West Cumberland Senior League (WCSL) was achieved in the late 50s under the name of Windscale Rovers.

Following the building of the Falcon Club where football, cricket and hockey pitches with changing facilities were included as part of the complex, the ‘Rovers‘ relocated to Egremont.  They played their first fixture at their new home ground at the start of the 1960-61 season.

The Rovers were formidable opposition achieving success on the pitch whilst participating in the WCSL.  The Derwent Valley Senior League (DVSL) at that time was considered to be more competitive and an application for membership was submitted.  The application was successful where further playing success ensued.  In the mid-60s, they reached consecutive finals of the Cumberland Senior Cup.  Unfortunately, Penrith FC, the in-form team at that time, were the opposition resulting in defeat in both Finals. 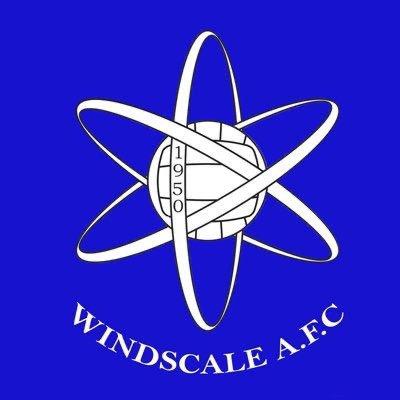 During this time, a second team was formed, Windscale United.  This team consisted mainly of apprentices from the Nuclear Plant and were accepted into the now defunct WCSL.  Both teams ran in parallel until the DVSL folded, the consequential result being the Rovers team disbanding.

The United continued to participate in the WCSL for several seasons.  Their first playing success came against neighbours Egremont Town with United claiming the honours in the Final of the Whitehaven Cup.  Several other successes, League Championship and Cup Competitions followed.  However, the Cumberland Senior Cup evaded the Club yet again, losing the 1969-70 Final by the only goal of the game to Workington based, Marsh Boys Club.  There was further disappointment in the 1983-84 season losing 2-0 to Gretna FC.

Due to the number of players registering for the Club, it became impractical to ensure each one a regular game.  In 1983, a decision was taken to enter the Furness and District League, (FDL) with a 2nd string remaining in the WCSL.  During their membership in the FDL, United won every competition available to them apart from the League Championship, the Club had experienced success in all the League’s Cup Competitions.

In 1990, an application to the Vaux Wearside League, (VWL) was made with the Reserves retaining membership in the FDL for a further season.  Similar to their previous experiences, the Club won every major honour in the VWL apart from the Championship.  In the 1997-98 season, the Cumberland Senior Cup was eventually claimed with a 2-1 defeat of Carlisle City.

In 1971, Windscale FC were founder members of the Egremont and District Sunday League, competing in the League for several seasons.  The fixtures commenced at 10:30am each Sunday.  The majority of players earned their living at Sellafield and, unfortunately, due to overtime commitments on a Sunday at that time, it became difficult to raise a team most weekends.  The Workington and District Sunday League fixtures commenced at 2:00pm which provided the opportunity for players to attend work and play football.

There was a watershed moment for the Club in 1989.  Keith Benbow, an ex-player, formed a Youth Section for under 12 players.  This proved to be a success with other age groups being introduced as the seasons progressed.

In order to ensure appropriate arrangements were in place for the Junior Section, the Club received the Football Association Charter Standard Award at Community Club status, the highest level of the award.  This standard demands that clubs meet the following requirements:

The objective of the initiative is to ensure that children participate in football within the Club in a safe and fun environment.

The current Club structure currently provides opportunities for players from the following age groups: U-7, U-8, U-9, U-10. U-12, U-16, U-18 participating in the West Cumbria Junior League (WCJL).  There are also 3 adult teams, the 1st team having membership of the Wearside Football League (WFL), the Reserves members of the Cumberland County League (CCL) and a team who are members of the Pan Disability League (PDL).  There is also interest in the formation of a Women’s’ team for the 2022-23 season

This structure provides an integral player pathway from junior through to senior level football.  There is no gender discrimination within the junior teams, FA regulations permit players of both genders to participate together.

For any query please email – windscaleafc@talktalk.net